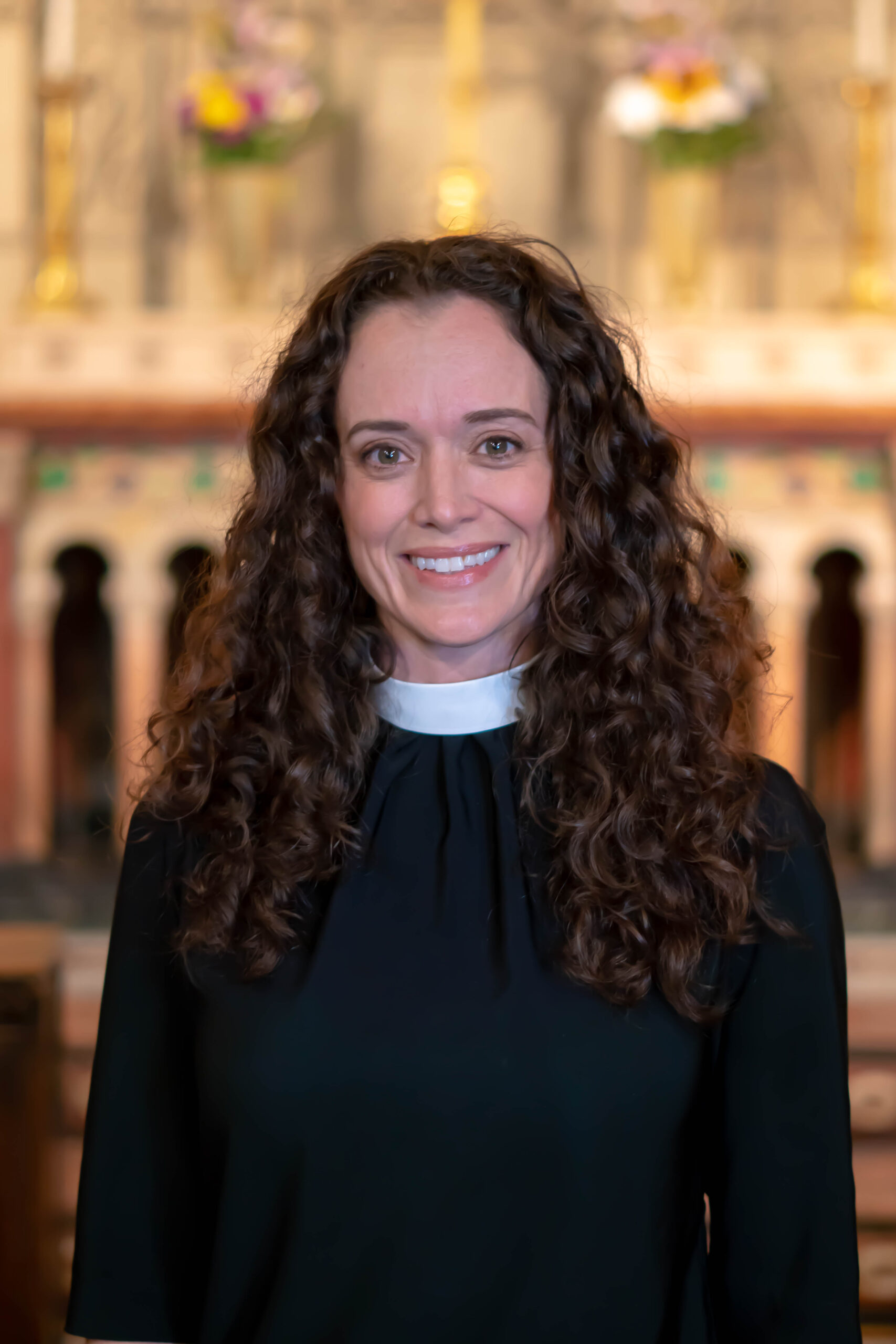 The Rev. Adrian Dannhauser was raised as a Southern Baptist in Mississippi. It took the Episcopal Church in New York City, however, to bring out her passion for spreading the Gospel. She discovered the Episcopal Church in her mid-twenties and still marvels at its many gifts – ancient tradition, progressive theology, an invitation to question, an emphasis on social justice, liturgical space for contemplation, and Christian community grounded in the Eucharist. As Priest in Charge, Adrian gets to be involved in nearly every aspect of life at Incarnation, from preaching, teaching, pastoral care and leadership development, to budgets, administration and financial stewardship. She also serves on the Board of Directors for Incarnation Center. Adrian is particularly passionate about evangelism and mission, seeking to empower others to share God’s love through faith-filled conversation in daily life and service to those in need.

Prior to arriving at the Church of the Incarnation, Adrian served just up the street at St. James’ Church on Madison Ave. She is active in several Episcopal and ecumenical ministries, is a member of the Women’s Forum of New York, chairs the Episcopal Diocese of New York Task Force Against Human Trafficking, and serves on the Board of Directors of ECPAT-USA, the leading anti-trafficking policy organization in the United States. In 2017, she was selected as a New York Nonprofit Media 40 Under 40 Rising Stars honoree for her efforts to combat human trafficking in hotels. Her work in this arena has also been featured by BBC World Service.

Before ordained ministry, Adrian practiced corporate bankruptcy law and financial restructuring at the Wall Street firm Fried, Frank, Harris, Shriver & Jacobson LLP. She also has a history in dance ministry and a lifelong love of ballet. Adrian holds a B.A. from Duke University, a J.D. from Vanderbilt University Law School, and an M.Div. from Yale Divinity School. She is married to Jess Dannhauser, NYC Commissioner of the Administration for Children’s Services. They have a young daughter, Callaway.

Browse Adrian’s Blog, read a Religion News Service article, or watch an Eyewitness News story on her ministry, “Ask Me for a Blessing.” Her book, Ask Me for a Blessing (You Know You Need One) was published this September and is featured in The Publishers Weekly 2022 Holiday Gift Guide! 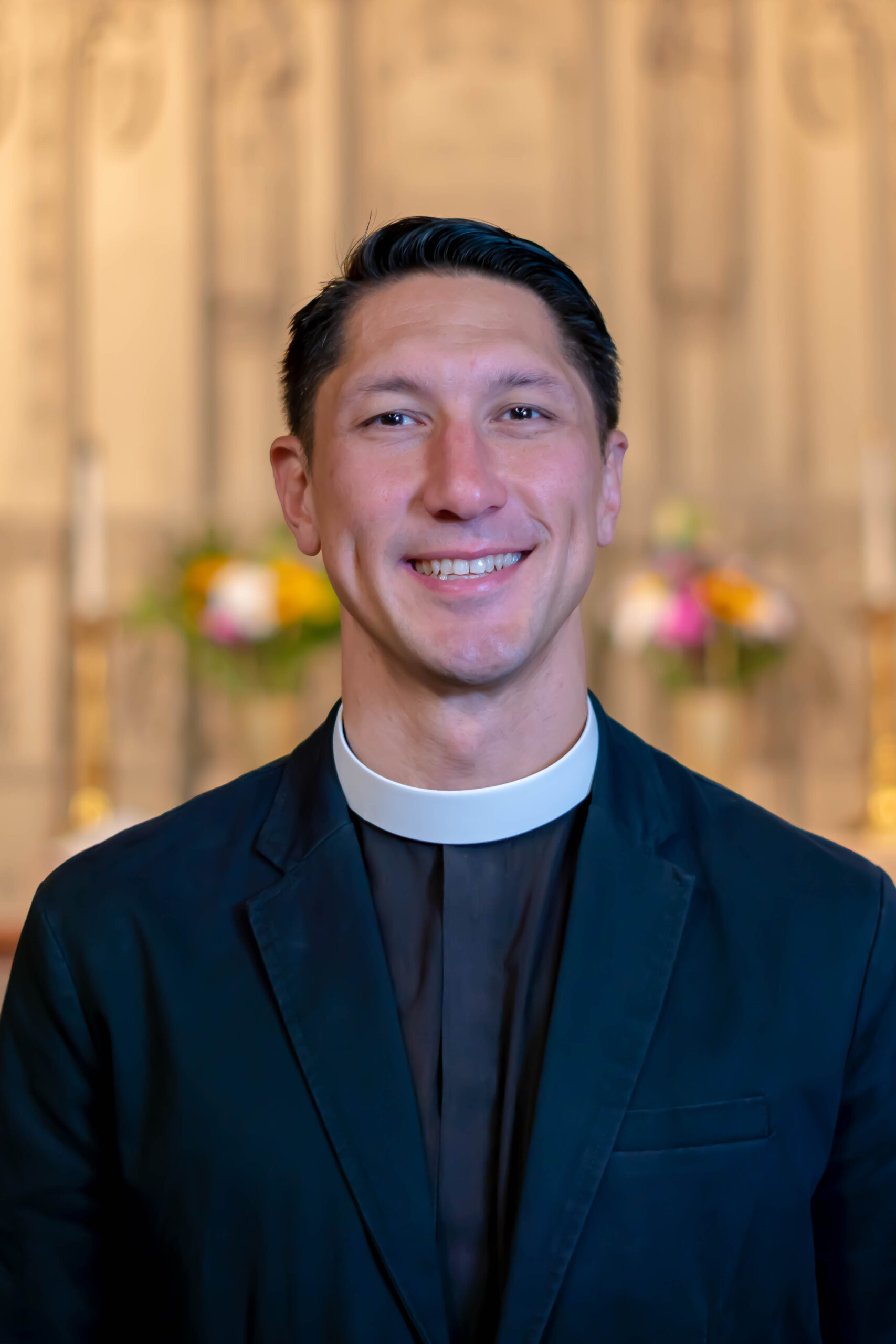 The Rev. Dr. Nathaniel (“Nate”) Jung-Chul Lee is a recent graduate from the Ph.D. program in Religion at Baylor University. His dissertation –“Toward a Creole Christ: A Theology of Language & Christian Hybridity”– navigates questions of individual and collective identity in relationship to the identity of Christ, giving special attention to issues surrounding racial identity.

Prior to Baylor, Nate graduated from Wheaton College with a B.A. in Biblical Studies and Christian Education, and an M.A. in Intercultural Studies. He received his Divinity School training at Duke University (Durham, NC). While at Duke, Nate worked as the Research Associate for Stanley Hauerwas whom he helped edit two books: Working with Words and War and the American Difference.

As a priest, Nate has served churches in the dioceses of Virginia, Pittsburgh, North Carolina, Texas, Dallas, Washington DC, and New York while pursuing his graduate education. He is also a Visiting Professor of Practical Theology & Christian Leadership at Nashotah House Theological Seminary (Nashotah, WI), and formerly a member of the Affiliate Faculty in Religion at Loyola University (Baltimore, MD).

Nate currently divides his time between Incarnation and St. Mark’s Church-in-the-Bowery, where he serves as Associate Rector. 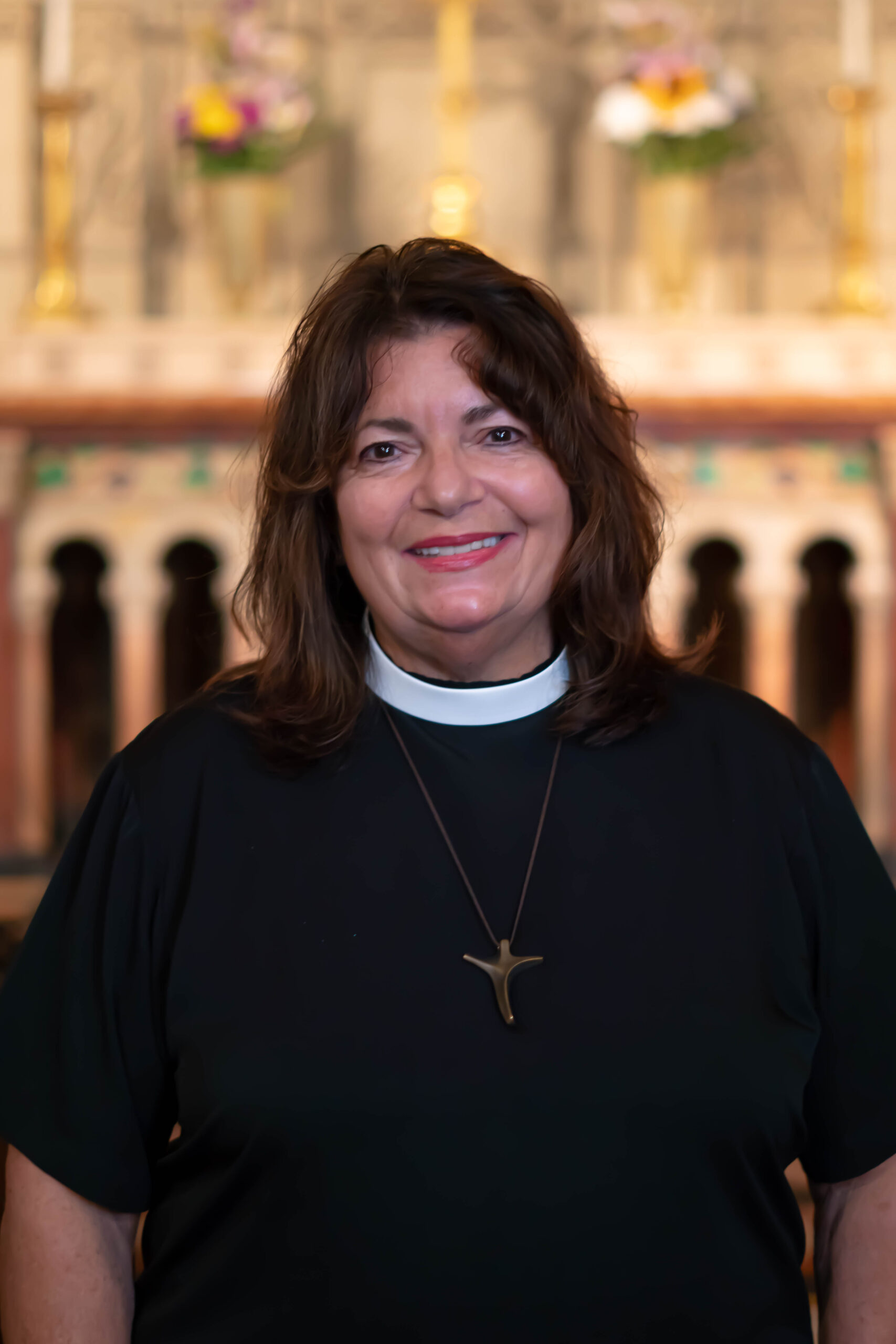 Ordained in 2011, Deacon Denise has served as parish deacon for St. John’s in the Village and St. Peter’s Chelsea. In addition, she is also Associate Deacon for Ecclesia Ministries, where an outdoor Eucharist is celebrated at 2:00 p.m. on Sundays, making “church” available to homeless and needy individuals.

As Director of Deacon Formation and Transition for the Episcopal Diocese of New York, Deacon Denise is charged with shepherding the Deacon Postulants through formation and supporting the deacons in the Diocese as their ministries unfold.

Deacon Denise is a 2013 graduate of General Theological Seminary (M.A. Christian Spirituality). Her secular career was in Human Resources, and she is a trained Life/Career Coach. Deacon Denise is a native New Yorker, having lived in Brooklyn and Queens, and in Manhattan on the East Side since 1992.

Thomas M. Reefer grew up in Kansas City, Missouri and attended Oberlin College Conservatory and Columbia University – he received his doctorate from Harvard University in 1991. Thomas has taught music and French at the Dalton School and at St. Mark’s (Episcopal) School, Southborough, MA and studied organ with John Obetz and most recently with Kalle Toivio. Thomas has been a church musician since the age of 13, catching the bug as many do as a boy soprano. In his spare time, his day jobs have included headmaster of a private school, high school principal, and engineer at CenturyLink (Sprint). Thomas has two sons, James (JB) and George (Georgie) who live with their spouses and intendeds in New York City – grandson Jack is right across the East River in Long Island City. Thomas is married to the Rev. John G. Morgan (Greg), priest in charge at St. Alban’s, Staten Island, New York.  They live on the Upper East Side with two large felines.

In the Episcopal Church, members of the parish are elected by the congregation to assist the Priest in Charge in the governance and decision-making of the church. The Vestry is involved in management of the finances and the property of the church, as well as oversight of its ministries and mission.